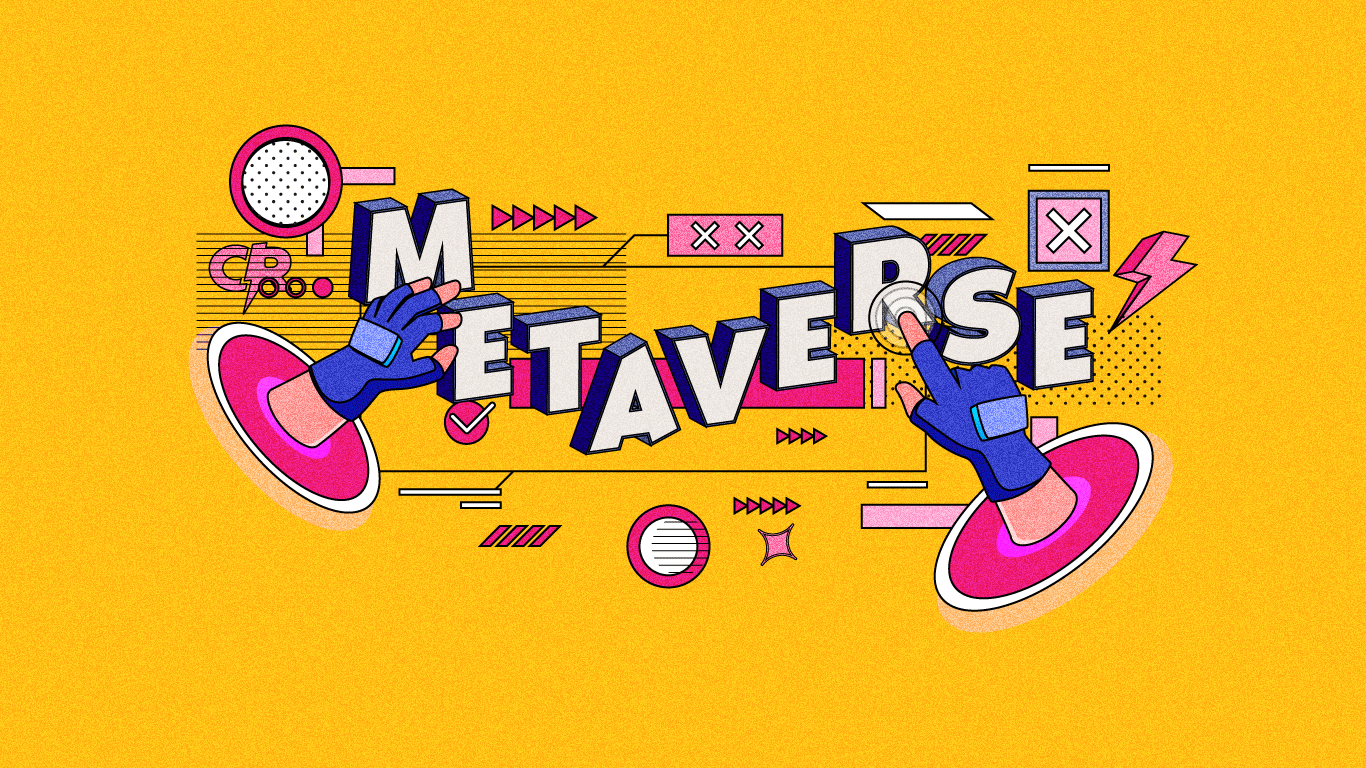 Whether you heard about it through a social media giant everyone loves to hate, or you happen to be a proponent of web 3, the metaverse concept has simply become inescapable!

So, what exactly is the Metaverse?

For starters, the word "Metaverse" was first used in 1992 by Neal Stephenson in his sci-fi novel called Snow Crash. This ‘word sandwich’ of "Meta" and "Universe" was intended to describe a dystopian 21st-century virtual world that was widely used by a good chunk of the population. Today's iteration doesn't stray too far away from that.

The Metaverse as it's known today refers to “an integrated network of 3D virtual worlds” which are accessible via Virtual Reality (VR) headsets or Augmented Reality (AR). Every virtual universe where inhabitants can work, play, shop and socialize with a heavy emphasis on VR/AR and digital ownership can be referred to as the Metaverse.

If that sounds like a lot, we absolutely get it...

You see, the Metaverse is a rapidly evolving concept encompassing plenty of projects that are implementing VR/AR, social networking, NFTs, eCommerce and decentralization in a manner that aligns with web 3 principles. This gives wiggle room for it to mean different things in the unique contexts.

You’re unlikely to find anyone calling Google “The Internet” despite the fact that a large chunk of the internet passes through its search engine. Yet, it’s commonplace to find projects such as Decentraland or games like Fortnite being referred to as “The Metaverse”. This is usually down to the ability of these platforms to facilitate the gaming infrastructure, as well as buying, learning, socializing or even living features. However, this is just one piece of the puzzle.

In the most idealistic version of the metaverse proposed by the web 3 enthusiasts, the Metaverse will have a functional digital economy and will encompass many virtual worlds such as The Sandbox, Cryptise City, and more.

Is the Metaverse a new idea?

It’s safe to say that the concept that was first conceived in 1992 isn’t very new, despite how long it took to gain mainstream traction. Virtual worlds that attempted to mirror real life have existed for as long as the MMORPG video game genre.

One popular virtual world which is fairly similar to the ideal metaverse is Second Life. Billed as an “online multimedia platform”, Second Life has elements of a traditional MMORPG juggernaut such as World Of Warcraft, without the traditional "gaming" elements, such as quests, rewards, battles, etc.

Instead, users have unique avatars and are able to participate in virtual versions of real-world experiences, such as dating, business meetings and clubbing.

Just like today’s Metaverse, users are able to create their own content and services which are tradeable, they get to hang out in numerous virtual spaces, and make use of a custom in-game currency, which is exchangeable with a real-world currency.

Why is the Metaverse Important?

Facebook, now known as Meta, comes to mind as an obvious answer 😏. Ever since Mark Zuckerberg seemingly bet the company's future on the success of the future Metaverse, it set a precedent for other tech giants to follow suit!

Microsoft's acquisition of game developer Activision Blizzard and Meta's moves with Horizon Worlds (its own virtual world) are the more notable strides in space. These developments show serious intentions to build technology that enables interaction with virtual worlds.

Other massive companies such as Nvidia, Unity, Roblox, and even Snap, alongside numerous smaller outfits, are building their own infrastructure that could create richer, realistic virtual experiences that mimic real life.

Furthermore, the metaverse is seen as the perfect conduit to advance many subsectors of the web 3 ecosystem. The digital ownership facilitated by NFTs, economic activities powered by cryptocurrencies, and the decentralization of social interactions all align with the vision of web 3 proponents. The metaverse could be key to making these concepts even more mainstream.

How do I enter the Metaverse?

If you’re looking to explore the Metaverse, your best bet is immersing yourself in popular virtual worlds which offer decentralised social interactions, commercial activity, ownership of collectable items such as virtual real estate, and most importantly, lots of fun! The likes of The Sandbox and Decentraland offer these and more.

RBL Labs, the parent company of Crypto Rebel currently has its own metaverse in development. It’s called Cryptise city, and it’ll definitely have a plethora of social, commercial, and fun opportunities in abundance.

Keywords:
#blockchain #Metaverse #NFTs
Tell me more...
What is GameFi?
What is Web3?
What is blockchain technology?
Related Articles
No items found.
No items found.
Join Our Newsletters
Sign up to our newsletters and be the first to know about the latest insights on the crypto ecosystem!
Subscribe