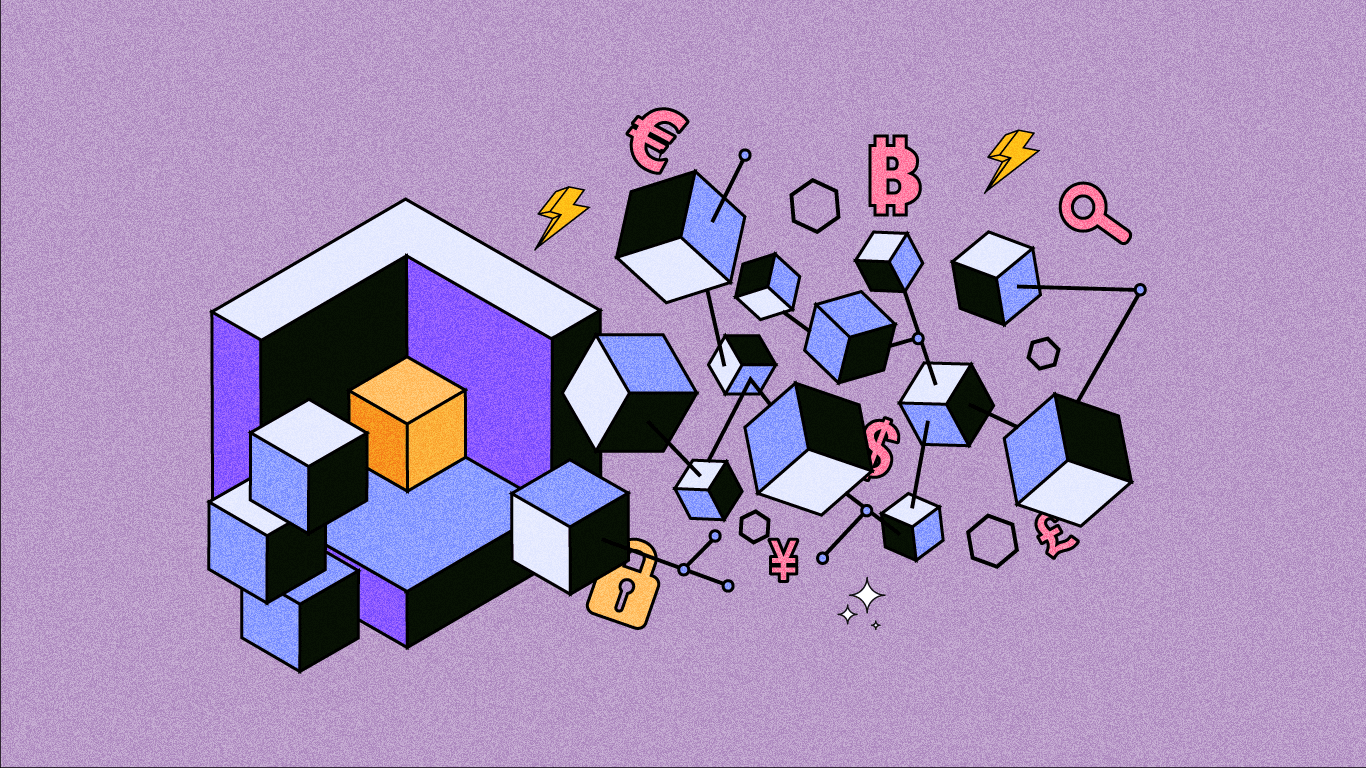 What is blockchain technology?

What is Blockchain technology?

Blockchain technology is the rave of the minute. And with everyone talking about it, you may be wondering what exactly is a blockchain? If you have been trying to get on the blockchain, cryptocurrency or web3 train but keep getting thrown off by technical jargon and buzzwords - welcome! This is a safe space where we will be exploring these new revolutionary technologies in simple terms using interesting analogies.

What is blockchain in simple words?

How does blockchain technology work

Blockchain technology works by maintaining an open database where the participants of the network can create blocks, add records, validate the records on the block, and add a validated block to the blockchain network.

A blockchain is made up of a network of blocks, and each block contains some data, its own hash and the hash of the previous block.

Understanding blocks within the blockchain

Let’s imagine that every month, you are given a $1000 allowance and tasked with the responsibility of providing a detailed report of your expenses by the end of the month. Your first move would be to create a record to track your expenses. You can do this using a paper or spreadsheet.

Every day, you fill the sheet with details of your expenses as follows;

By the end of the month, you would have come up with a full record of your expenses, and this record that you own could be compared to a block in a blockchain. Your benefactor checks through your records to verify that the entries are correct and the transactions are legit. When the person confirms that all is good with your records, you are given another $1000 allowance and asked to repeat the process again, so you generate another block of data or a record of your expenses per month.

Now that you have a good understanding of blocks and how they are linked together to form an elaborate network of data called a blockchain, note that with your spreadsheet blockchain, you are the sole custodian. You own the sheet with the data and can make changes at will. This means that your database is centralized. But if you had copies of it of it stored on multiple computer devices across the world, with many people in control and having access to the, and the ability to verify each transaction that you record, then your database would be considered a decentralized or distributed database.

To introduce an added layer of security and trust to a blockchain network, it would be agreed upon that once a record of an expense has been entered and verified, you could no longer make an edit. This would make your blockchain immutable.

Decentralization and immutability are the reasons why blockchains evoke a lot of trust. Decentralization is sustained by a network of nodes who sign up to validate blocks. When a new node joins a network, they receive a full copy of the blockchain and can use it to verify that everything is in order and nothing has been altered. And when a new block is created, each node receives a copy of the new block for verification and validation before adding the new block to their chain.

This peer-to-peer network of validators ensures the security and integrity of the blockchain.After validation, any changes made to a block alter the hash of the block, this creates a discrepancy between the altered block and the succeeding blocks in the network. This means that the following blocks will need to be re-mined to update their hash. In a blockchain with millions of blocks, this is quite a task - even for the most determined hacker.

If you have made it this far through the article, congratulation. You now have a firm grasp of the concept of blockchain technology. Let’s tie this up nicely using some basic blockchain lingo that will cement your understanding.

We have established that a blockchain is just a record of data, also called ledgers in fancy speak. It is referred to as a distributed ledger because it is decentralized or accessible to many people via powerful computers called nodes. These nodes can verify and validate the transactions or information recorded on a block. After confirmation, the block is time stamped with a unique identifier called a hash.

The entire process of verifying, validating transactions and forging hashes on a blockchain by nodes is called mining. After a block has been filled, there is the need for a new block to be created. To mine and create new blocks, nodes or miners compete to solve some complex mathematical problems. The first miner to solve the problem correctly creates a new block and is rewarded with the newly minted cryptocurrency native to the blockchain.

There are many types of blockchain networks - private, public, federated and consortium blockchains. The most common examples of public blockchains are Bitcoin, Ethereum, Solana, and Cardano.

Mining, hashing and minting are governed by the consensus mechanisms of a given blockchain network. In the case of the bitcoin blockchain, it is called the Proof of Work (PoW) mechanism. In this system, the miners compete to be the first to solve the mathematical problem for a chance to earn the reward. Proof-of-Work has been criticized for being harmful to the environment as it requires a large amount of energy to run the powerful computers used for mining.

One alternative to the Proof of Work mechanism is the Proof of Stake mechanism. In this system, miners stake their coins for an opportunity to be selected to mine a block. Different blockchains have different criteria for selecting a miner. It could range from the number of coins staked to the duration of staking. The chosen miner then goes on to validate and hash an old block, add it to the network, create a new block, and receive their reward.

How to invest in blockchain technology

So, you’ve been won over by the appeal of blockchain technology, and would like to invest. As of now, there are no ways to invest directly into the blockchain, however, you can invest directly into the companies that are developing products and services using the blockchain. You can invest in stocks , Exchange traded funds (ETFs), crowdfunding, utility tokens, playing blockchain enabled P2E games, NFTs, staking your cryptocurrencies, participating in yield farms and mining.

Please note that none of these is financial advice. Be sure to do your own research (DYOR), and to speak with a trusted financial advisor before parting with your money.

If you wanna get all the relevant insights on the market, subscribe to the Crypto Rebel newsletters for weekly market insights and news updates

Keywords:
#blockchain #technology #mining #pow #pos #chains
Tell me more...
What are cryptocurrencies?
What is Web3?
What is GameFi?
Related Articles
No items found.
No items found.
Join Our Newsletters
Sign up to our newsletters and be the first to know about the latest insights on the crypto ecosystem!
Subscribe