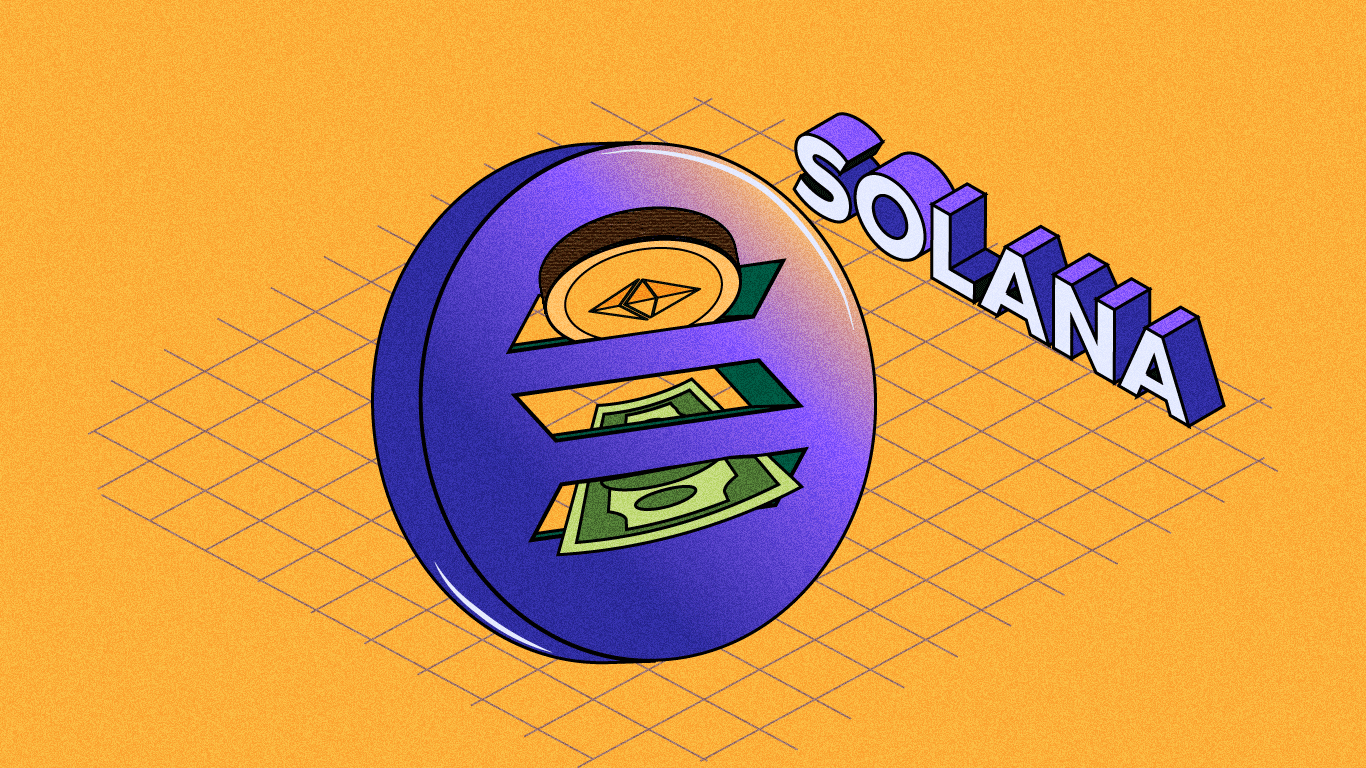 Solana is one of the world's largest open source blockchain networks that is built to host scalable, decentralised applications. Solana is well known for its speed and efficiency as well as its SOL tokens (CRYPTO:SOL), its native cryptocurrency. Since it was founded in 2017 by the Solana Foundation, the network and its native cryptocurrency has emerged as one of the biggest in the world!

The  Solana blockchain supports smart contracts, which enables developers to build a wide variety of decentralised applications (dApps) and NFTs. This capability, combined with significantly lower transaction fees and faster transaction times means it's seen as a rival and viable alternative to networks like Ethereum and Cardano.

Its popularity is highlighted by the fact that SOL (its native currency) is one of the most established cryptocurrencies in terms of market capitalization, trading volume, and performance. The Solana network is only second to Ethereum when it comes to dominance of the NFT market as well.

Solana was started in 2017 by Antony Yakovenko in Geneva, Switzerland. Alongside Eric Williams and Greg Fitzgerald, Yakovenko sought to build a blockchain network that could solve the biggest pain points in Bitcoin and Ethereum - still the biggest cryptocurrencies to this day.

It all began with a whitepaper published by  Anatoly Yakovenko in November 2017 describing the Proof of History (PoH) concept. PoH was designed as a system for verifying order and passage of time between certain events, and used to encode trustless passage of time into a ledger.

Fitzgerald prototyped the first open-source implementation of Yakovenko's white paper, while Akridge was brought in to prove its viability. When this was done, all three men co-founded the company which was first named Loom, but later rebranded to Solana - a small town near San Diego where the co-founders used to live.

Solana is unique in the way consensus is formed, compared to other blockchains. It uses a hybrid protocol that combines proof of stake with proof of history - an approach that enables faster, cheaper transactions.

Proof of History ensures that you get a unique output suitable for public verification.This means that nodes don’t need to work in coordination with the whole network - as is the case with the more popular Proof of Stake (PoH). Since nodes would coordinate with the consensus clock, the transaction overhead reduces considerably.

How does Solana work?

As previously mentioned, Solana uses a hybrid of the Proof of History (PoH) and Proof of Stake (PoS) models. The role PoS plays is the permission of blockchain validators to verify transactions based on how many tokens they hold. PoH is applied to enable these transactions to be time stamped and verified within a very short time.

The architecture of Solana's blockchain is designed to show that a combination of software algorithms can produce unique results when applied to a blockchain. The technical goal is to eliminate bottlenecks associated with scaling the transaction throughput to scale proportionally with network bandwidth.

Solana's software aims to satisfy the blockchain trilemma: security, decentralization, and scalability. The blockchain trilemma concept was first proposed by Ethereum creator Vitalik Buterin because those three attributes are the most desirable, yet all three are notoriously hard to achieve in one blockchain at the same time.

Data suggests that about half of Solana’s initial token allocation has gone to insiders, such as the team members, investors, etc. The rest has been shared amongst the community, foundations, and the general public.

The Solana Defi ecosystem is currently sixth, in terms of total value locked (TVL) - placing behind the likes of Ethereum, Terra, Avalanche and Fantom.  There’s over $8.6 billion in TVL among its various platforms.

Here are some of the reasons users and investors are wary of Solana:

While these criticisms are valid, it’s important to note that all points (bar the issue of total supply) is usually the case with younger blockchains. The likes of Bitcoin and Ethereum had their fair share of centralization issues and network outages when they first started out. This is one of the reasons Solana continues to attract plenty of users and investors; asides the faster, cheaper transactions and the ability to build Dapps and mint NFTs more easily than many competitors.