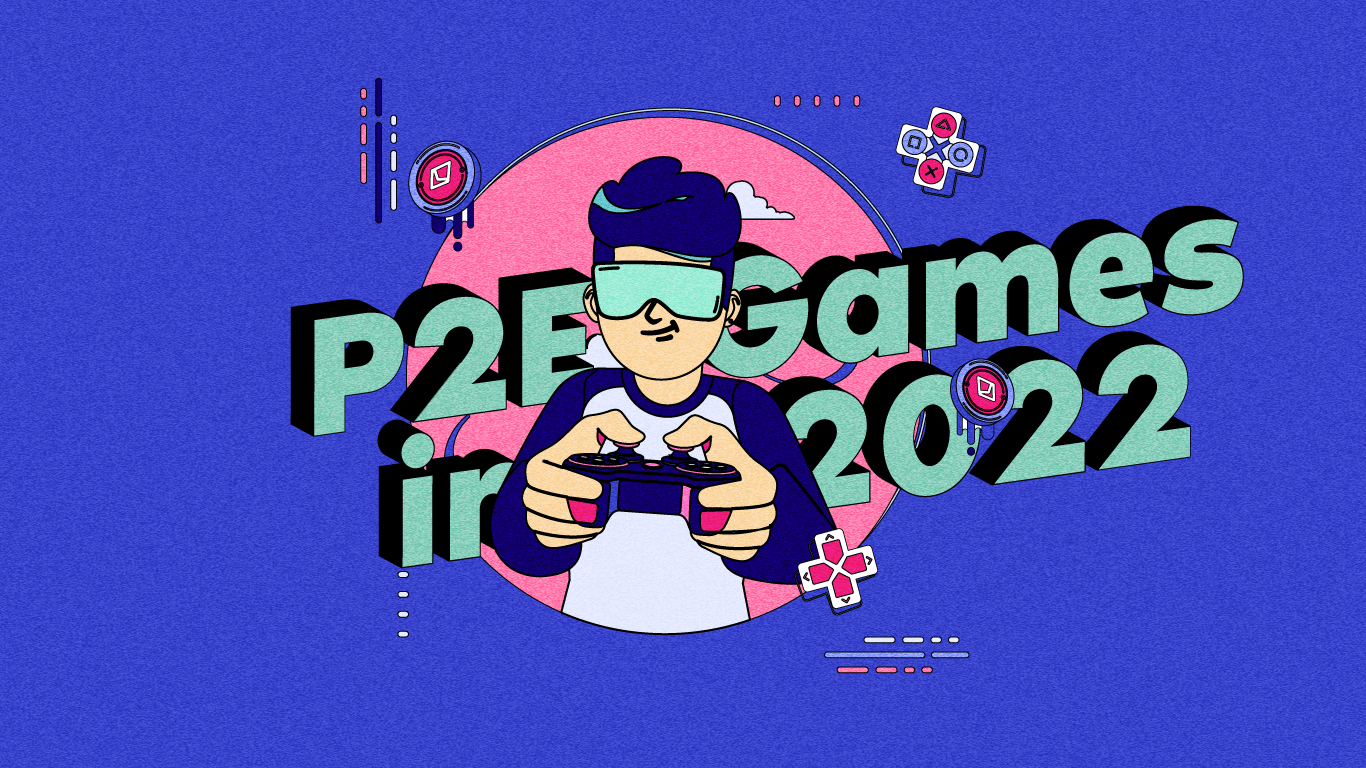 The Gamefi movement has spawned play-to-earn games and changed the landscape of gaming forever!

As the name implies, play to earn games enables users to earn an income while having fun playing the games they love. These games have already seized a significant part of the market, with the collective market cap of top games surpassing $14 billion.

It is hoped that these games could become a key driver for the adoption of cryptocurrencies and web 3. There are projections that the sub sector could account for up to 90% of the gaming market and a much bigger chunk of the blockchain market in just a few years.

Here are some games you need to consider if you want in on the action!

Decentraland is a 3D virtual reality metaverse where players can create unique avatars, buy land, interact with other metaverse inhabitants and have a wide variety of unique experiences. This metaverse features vivid VR experiences that offer a high definition life-like experience.

It’s powered by the Ethereum blockchain, which is its native coin MANA is minted on. MANA can be used to make in-game purchases and participate in the platform, or simply be traded on exchanges like a regular cryptocurrency.

Illuvium is an action packed RPG NFT game built on the Ethereum Blockchain. The game features players engaging in battles, completing quests, and upgrading ranks in a 3D virtual world.

Players are tasked with capturing creatures known as “Illuvials”, which are used to battle other players. Illuvials are deity-like creatures which are minted as NFTs. When users win their battles using Illuvials, they could win a wide array of digital assets including ETH and IL, the game’s native token..

Illuvium has its online marketplace called IlluviDEX, which is governed by Illuvium’s DAO. This decentralised exchange enables players to trade their in-game NFTs.

The Sandbox is a fast growing blockchain metaverse project on the Ethereum Blockchain.

It features a marketplace where players can buy, sell, or trade digital land and other collectibles using the ‘SAND’ token, it’s native cryptocurrency. There’s a limited supply of only 166,464 lands in this metaverse, hence a massive rise in demand for them.

In this metaverse, players are able to earn income by creating and selling NFT assets, building and monetizing games, and acquiring virtual land which can be sold or traded.

LegendsOfCrypto (or LOCGame) is an NFT card game that is a tribute to the figures who helped bring the crypto revolution to life! It was created our sister brand, the Amsterdam-based RBL Labs.

LOCGame features NFT cards inspired by popular figures such as whales, ETH validators, NFT artists, and many other characters that are relatable to anyone in the crypto space. 15 of these unique cards are required to play the exciting game which is simple to learn but addictive and notoriously hard to master!

$LOCG is the game’s native currency, and NFT cards broadly belong to two collections: the Genesis Collection and the Apollo Collection of NFT cards.

Alien Worlds is a cross-chain metaverse game that is set in the year 2055.

This metaverse is a post-apocalyptic world spanning several alien worlds. In this game, humans have been forced to escape Earth, and they now have to survive on alien planets which all have their own unique land, experiences, avatars, tools, and more.

Players are tasked to compete for resources and in-game assets, which are all NFTs. The game’s native cryptocurrency is TLM, which can be gotten as an in-game reward or used for participation in the game’s Planet DAOs.

With more than a million active users, Axie infinity is one of the world’s most successful play-to-earn titles.

The pokemon-inspired game was developed by Vietnamese studio Sky Mavin, and basically involves collecting and breeding Axies, which are axolotl-inspired digital pets that can battle with each other or trade to earn tokens. These Axies are Ethereum-based NFTs and form the basis of the game.

Gods Unchained is a NFT Card game where players fight with other players using a deck of cards.

There are two kinds of cards in the game: the core cards, and the genesis cards. Core cards are regular cards earned just by playing the game. Genesis cards have to be bought, sold, or traded in the immutable X marketplace.

Its native currency is the Ethereum-based GODS token, which can be used to mint NFTs, trade on the Gods Unchained Marketplace, and wield voting power to influence the game’s future development.

The horses in these online races are unique NFTs, and owners have to pay modest entry fees to compete against others for prize money. These horse NFTs are referred to as “breathing NFTs”, because they can breed, have a bloodline, and have a life of its own, according to Virtually Human, the Australian studio behind the game.

The horses in the game have genes that are passed on, and live on an algorithm that ensures no two horses are the same. Owners are able to breed their NFT horses in Zed Run’s “stud farm”, and all game-related winnings and sales are paid in ETH.

Plants vs Undead is a game where players can manage a farm and produce an in-game currency known as Light Energy (LE), which is exchangeable for the Plant vs Undead Token (PVU).

It’s basically a spinoff of the hugely popular Plants vs Zombies game, with but a distinctive Gamefi element. The gameplay revolves around building an army of plants in gardens to take out the undead.

Seeds and plants used in the game are NFTs which can be bought and sold in its Marketplace using the native PVU token. There is no upfront fee required, making it a free-to-play play-to-earn blockchain game. It runs on the Binance Smart Chain (BSC).

Sorare is a blockchain-based fantasy football game on the Ethereum blockchain. Players earn rewards by setting up a team, participating in tournaments and trading collectible NFT cards.

A player will have to pick their preferred team, and get rewarded when the players in that team put in great performances in real life, just like regular fantasy football games.  To compete and earn rewards, a user first has to buy the respective collectible cards of the players they intend to field in their team. These player cards are actually NFTs minted on the Ethereum blockchain.

The game employs a freemium model where players can begin the game, even without a wallet. Players can participate in numerous tournaments, earn bonuses from player performance, and trade NFT cards to earn on the platform.

Keywords:
#Decentraland #Illuvium #Axie Infinity #LegendsOfCrypto #Gods Unchained #Plants Vs Undead #Alien Worlds #Sorare #The Sandbox #Zed Run
Tell me more...
The Metaverse, Explained
What is GameFi?
Initial Game Offering
Related Articles
No items found.
No items found.
Join Our Newsletters
Sign up to our newsletters and be the first to know about the latest insights on the crypto ecosystem!
Subscribe