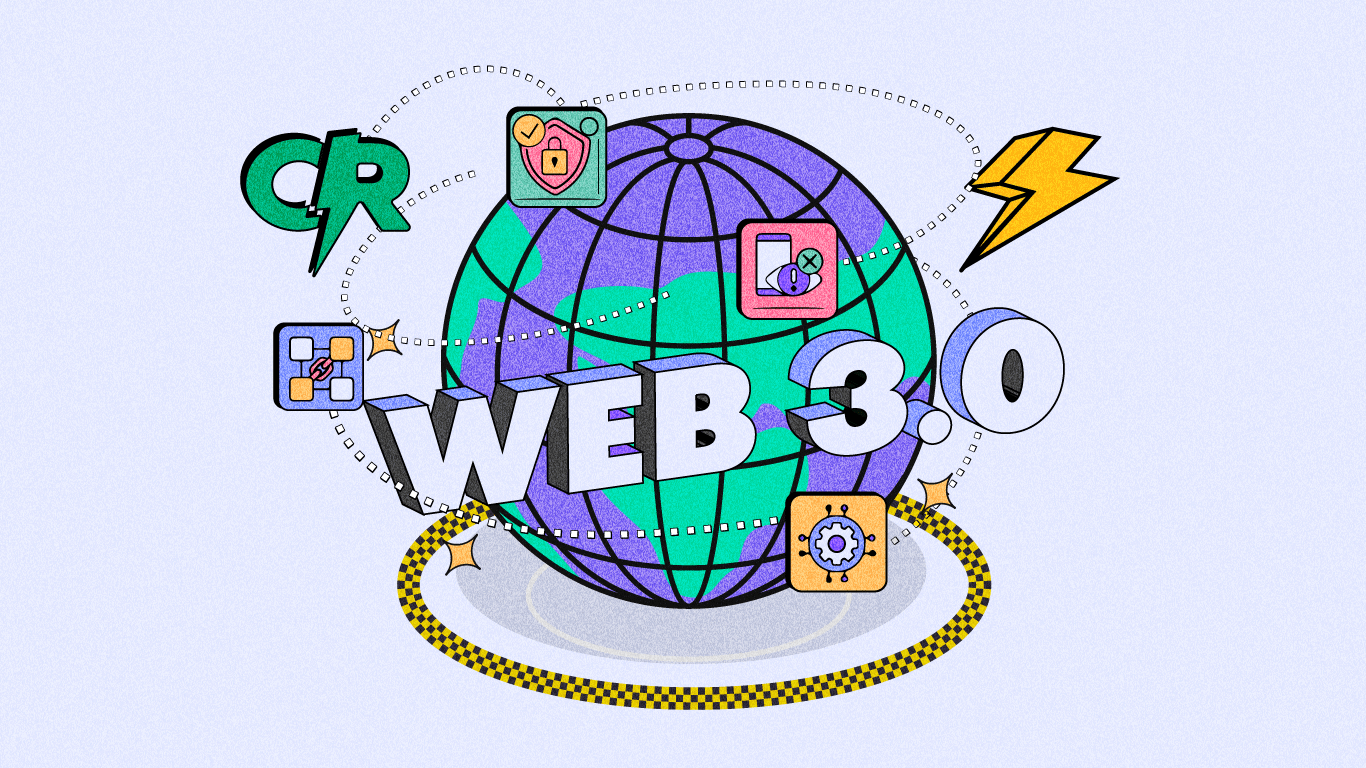 What really is Web3?

Web3 is the next iteration of the internet that promises to take back the power and control from big tech companies and give it back to the people. Think of it as the new internet for the people and by the people.

The ongoing conversation about Web3 implies that there is a Web1 and a Web2, so before we learn what the fuzz is about Web3, let’s talk about web 1 and Web2.

Web 1 is the first phase of the internet between the 1990s and early 2000s. It was characterised by static web pages made up of 3 basic technologies - HTML, the formatting language of the web, URL, the unique web address and HTTP, which allowed the information to be retrieved. Because this version was all texts and hyperlinks, all you could do was read stuff online without interacting with the web pages. In Web1, the overall user experience was basic, unfriendly and without the sophisticated functionalities that we currently enjoy.

Then came Web2, also known as the ‘read and write’ phase. This was made possible by the advances in new technology like CSS, Javascript and HTML5. Instead of just reading texts on the web, Web2 users could interact with web pages, by creating accounts, commenting on forums, uploading multimedia, and more. We moved from being not just content consumers but also content creators.

This new iteration of the web saw the rise of new digital empires like Google, Facebook, Yahoo, Amazon, Netflix, and Apple.

With Web2 we evidence an arising problem with centralization, censorship, data privacy and control. These tech companies have built a profitable business model by tracking, collecting and selling users' personal data to advertisers through the cookies embedded in their platforms. They have sole control over the leadership of their organizations, and also have the final say on how people use their platforms.

Web3 is the internet powered by blockchain technology. At the center of it, is decentralization which means that users will no longer just read and write, but will also become owners of their content and data. Ownership in Web3 means that users can also participate in the governance and operations of various protocols. While Web2 heralded the rise of mobile applications, and centralized tech companies, Web3 supports decentralization through products like DApps (Decentralized Applications) and DAOs (Decentralized Autonomous Organizations). These products are organizations powered with smart contract codes at their center, and with very little human participation.

Through decentralization in Web3, more people will become shareholders and participants through the tokens that they hold.

Let’s imagine that there’s a Web3 DAO or company with a DApp - a wallet that allows people to send cryptocurrencies. You too can become a shareholder in this company and have a say in its affairs by holding its governance tokens. These tokens are akin to the shares owned by shareholders in Web2 companies like Apple. The more tokens you hold, the more shares or authority you have. With those tokens, you can make proposals for changes on the DApp or vote to have things modified within the company.

Why is Web3 important?

Web3 is important to crypto natives for the following reasons:

Imagine that you are a Web2 gamer with a lot of in-game assets. These assets are tied to your account, and your account is controlled by a gaming company. If anything happens to a company and it suddenly disappears, you would lose your assets. In Web3, your in-game assets would be the tokens or NFTs that sit on the blockchain and you will still have ownership of your assets.

In Web3, you can control your digital identity using a blockchain address like an ENS profile. It is secure, censorship-resistant and can be used as a single login across multiple platforms.

Web3 addresses the power imbalance between platforms and creators. As a Web2 creator, the content you create belongs to them. If you decide to leave, your personal data and content remain with them. In Web3, you can move your content and data to a new platform.

In Web2, users and creators can be de-platformed for major or minor community violations. The distributed nature of blockchain technology makes it difficult to ban creators or yank off their content because they are distributed across several servers.

While Web3 holds many fascinating promises and possibilities, it is not without limitations.

Some of the current limitations of Web3 are:

Scalability: Because of the decentralized nature, transactions on Web3 are slower compared to Web2.

UX: Interacting with Web3 requires extra steps, education and software. This can slow the pace of adoption.

Accessibility: Most Web3 features are yet to be fully integrated into modern browsers making it less accessible to a lot of people.

How to get involved in Web3

Experimenting with Web3 is easy. The first step is to:

The concept of Web3 is still in its infancy. The ecosystem is still evolving with many stakeholders working to build the necessary infrastructure needed to support this idea.

Keywords:
#web3 #ownership #decentralization
Tell me more...
What are cryptocurrencies?
What is blockchain technology?
Related Articles
No items found.
No items found.
Join Our Newsletters
Sign up to our newsletters and be the first to know about the latest insights on the crypto ecosystem!
Subscribe