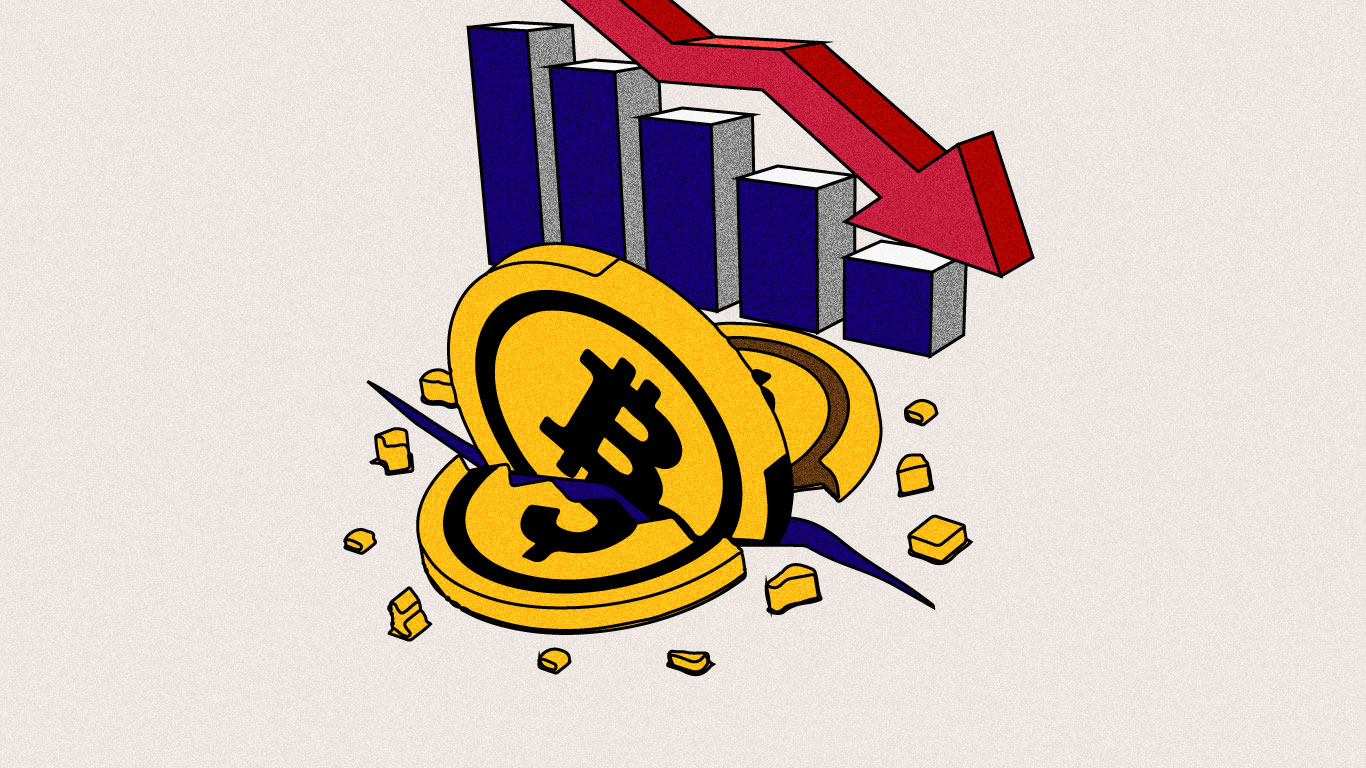 Why are cryptos crashing right now - Is crypto dead?

2022 has been one heck of a year for cryptocurrencies. From the complete failure of numerous projects to nearly all coins and tokens reaching new all-time lows, many people are wondering if this is the end of crypto after what appears to be the coldest crypto winter yet.

Before we can attempt to answer that question, we will try to understand why cryptos are crashing, the contributing factors, and the overall impact.

One major macroeconomic factor fuelling the ongoing crash has been the rising levels of inflation across the world. To tame inflation, most central banks have been forced to raise interest rates.

Bonds and other relatively safer investments typically offer low yields when interest rates are low. This causes investors to try out other high-risk options like cryptocurrencies which promise higher returns.

But, cryptocurrencies are notoriously volatile, and with an increase in interest rates, investors are moving away from riskier assets into safer ones. In March 2022, the US Federal Reserve increased the interest rate, for the first time in three years. This move spooked investors and triggered a sell-off of crypto assets.

The impact of the crash has been felt in all niches of the crypto community. Bitcoin and Ethereum, the two major indicators of industry performance are down.

Since January, the price of Bitcoin has fallen by 65%, currently trading at $16,000. Ethereum has also witnessed a significant 68% drop despite the hype of the successful merger to become a proof-of-stake network. As of the time of this writing, 1 Eth is selling for $1,159.

The altcoins have not been spared. Avalanche, Cardano, and Solana have been down by 88%, 82%, and 92%, respectively. It has been especially difficult for the Solana ecosystem given its ties to FTX.

Decentralized finance, or DeFi, has also taken a blow. This is the crypto niche that aims to disrupt traditional finance. Each DeFi project has its own token created to fund its operations. There are different kinds of DeFi systems. Some are focused on connecting lenders with borrowers. They are also known as "automated lending protocols." They work by calculating and estimating the interest rate for investors depending on how much demand there is from lenders and borrowers. Examples of automated lending protocols are Aave (AAVE), Maker (MKR), and Compound (CMP), whose tokens have fallen by 77%, 72%, and 82%, respectively.

Despite an explosion in popularity in 2021, NFTs have not been spared the icy chill of the winter. Many holders of NFTs have been left with massive losses. Popular NFT projects like The Sandbox, Decentraland, and Bored Ape Yacht Club have seen drops of 90%, 88%, and 83%, respectively.

In addition to unfavourable macroeconomic conditions, the crypto community has also endured some self-inflicted pain since the collapse of the Terra ecosystem. In May, the UST algorithmic stablecoin de-pegged, and suddenly fell to $0. The coin was widely believed to be pegged to the USD, but behind the scenes, the team paid traders 18 cents to maintain the peg.

When Terra collapsed, the resulting domino took out many businesses that had had significant exposure to Luna and UST. The most notable were Three Arrows Capital and Celsius. In addition to its exposure to Luna, Three Arrows Capital had taken out loans it was unable to pay when the market crashed. Celsius was a lending platform that had promised its customers a return of 18% on their deposits. The deposits were taken out and traded in high-risk markets in hopes of high-interest rates.

When Three Arrows Capital fell, it also took out some big names, including Greyscale Trust, Voyager, and BlockFi.

The fall of FTX and the impact

As though the market had not yet had enough, the recent collapse of the world’s second-largest centralized exchange has widened the already existing fault lines.

According to a Wall Street Journal article, FTX had lent billions of dollars in customer assets to its trading firm, Alameda Research. The former CEO of FTX, Sam Bankman-Fried (SBF), is a majority owner of both FTX and Alameda Research. It has been revealed that Alameda used the funds from FTX to fund high-risk trades.

On November 2, 2022, a Coindesk article revealed that Alameda's balance sheet consisted largely of FTX Token (FTT), the crypto exchange's native token. This revelation raised many questions and concerns over Alameda being built on a cryptocurrency that its sister company created.

After this report was released, investors promptly started withdrawing their money from FTX. Due to insufficient funds available to settle all the customers, the exchange hit a bank run. They have filed for bankruptcy, and SBF has resigned.

The fall of FTX has had a catastrophic effect on the crypto industry. In addition to eroding trust, several crypto, and non-crypto-related projects have taken a hit. It is reported that FTX held about $1.2 billion worth of Solana tokens, making them highly vulnerable to the crash. This latest incident continues to sustain the ongoing crypto crash.

Well, the answer will depend on your stance on regulations. Given the recent events, it is believed they will prompt more regulations to be made. The SEC and Justice Department are currently investigating the FTX crash. This could lead to more policies that will prevent a future occurrence.

Until then, you should be solely responsible for the safety of your cryptocurrencies. You should consider storing your funds in a custodial wallet to avoid losing money if another exchange fails. Here’s a guide to crypto wallets to get you started. Read more on private and public keys, and how they keep your funds safe.

Stay updated with the latest news from the crypto and blockchain industries.

Sign up for the Crypto Rebel newsletter and be crypto-smart in less than 7 minutes.